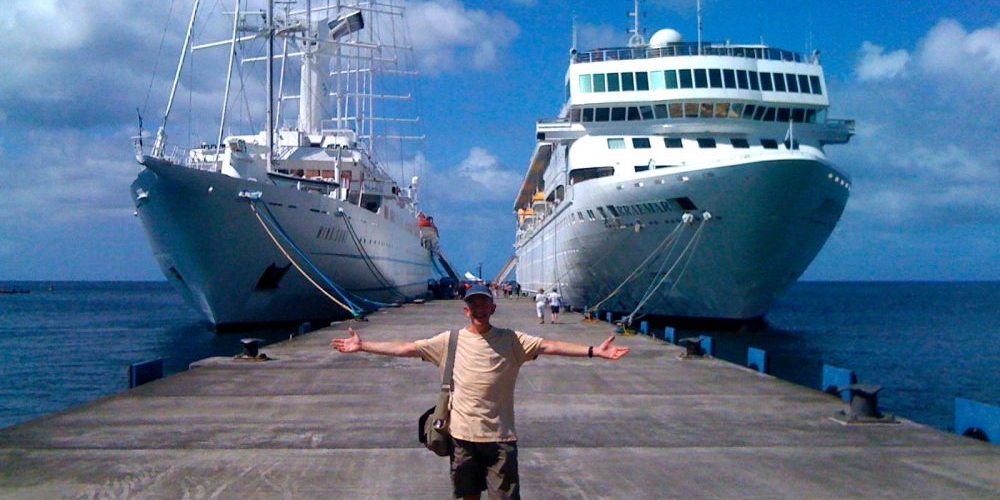 Ben dropped me off at Dover Port Cruise terminal – the ship looks massive, but is apparently small compared to some other modern cruise liners! I go through all the security palaver to get on board and check out the PA system in my venue – not up to scratch so back out to the quayside and load all my gear (including trusty little Fohhn PA system) out of Bens car onto mega trolley. (thanks for the lift down Ben, you’re a star). Set up all my gear in the Morning Light Pub (Norwegian idea of a pub name!). My Cabin is Brilliant – two portholes and generally bigger than expected. Meet all the other musicians/speakers etc and the Cruise Director at the cruise entertainers meeting as we set sail. Everybody is friendly and helpful.
First night – great – friendly receptive audience.

This was my first Cruise ship job since sailing with Royal Carribbean Cruise Lines on the ‘Song of Norway’ in 1987. Then I was ‘crew’, – crew duties and shared a cabin with 6’2” guitarist, we had a right laugh I remember! Here, as a solo performer I have ‘passenger’ status and my own cabin …pretty cool! 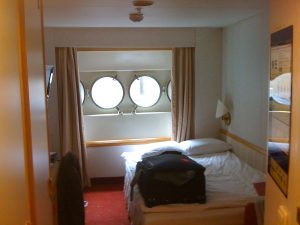 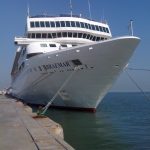 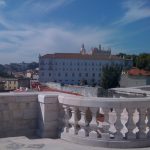 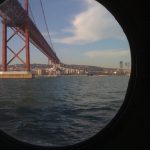 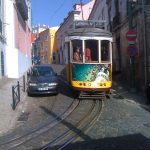 Rough seas leaving Dover, ship delayed because of high winds!! They came into my cabin (which is just above sea level) and firmly battened down two heavy steel covers over my lovely portholes …and little white bags have appeared everywhere, strategically placed along all the corridors and stairways wedged behind the handrails. Is this a bad sign?? Rough seas all night in the English Channel, then as we turn south around the north west corner of Brittany and into the bay of Biscay, we are sailing in what the captain describes as a ‘heavy swell’ caused by the storm. 2 Stugeron tablets and the gig took my mind off feeling a bit seasick, played to a much depleted audience in the Coral theatre bar at the stern of the ship …not my usual venue, great night. 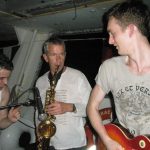 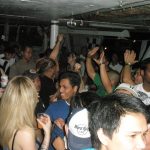 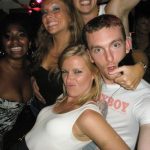 Crew party in the rope store – what a blast! 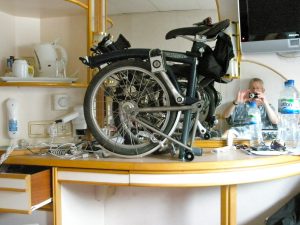 Funchal, Madeira – lovely old Portuguese town. The Brompton Folding bicycle which Ben had shipped down to Dover for me at the beginning of this cruise is an absolute boon. I discovered some interesting old parts of the town – and cycled up some serious hills!

Santa Cruz, Tenerife – absolutely brilliant cycle path all the way along the sea front (bit like Morcambe!), so got away from the tourist tat area and found great little ‘local’ coffee bar for esspresso. Also, the Tenerife opera house is a Magnificent building which the bike enabled me to visit easily. 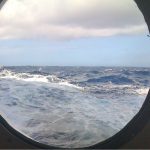 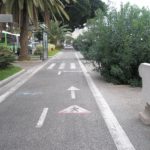 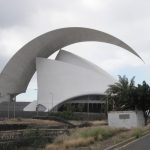 Atlantic crossing …this is absolutely brilliant!! First day, slight swell and grey/rain, Second and third days have been calm seas, blue sky and 27 degrees in the shade on deck (sea temperature also 27 degrees!). 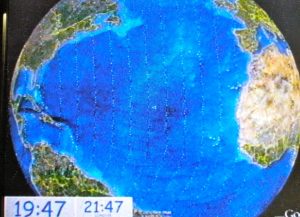 Today we are over 1000 miles from any land. From the top deck, the horizon is a gently curving (yes you can see the curvature of the earth) 360 degree vista. There is no other shipping or human life to be seen – nor was there yesterday! Magnificent.

My fellow passengers are an interesting and character-full bunch. I think this transatlantic crossing cruise has attracted the more intrepid type of traveller, people with a bit of grit… and a smidgin of salt in their veins, people with a twinkle in their eye and a laugh hovering close to the surface – and bye and large (at least, the ones who settle in my pub in the evenings) music lovers. They seem to enjoy the more diverse and experimental material I confront them with! Yes, I am making some fine and valuable itinerant friends on this cruise! 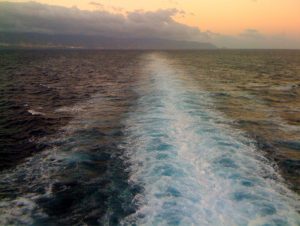 Leaving the Canaries. Zero to 15 knots in 25 minutes!

We then went on to spend 3 Glorious months in the Caribbean Island hopping. 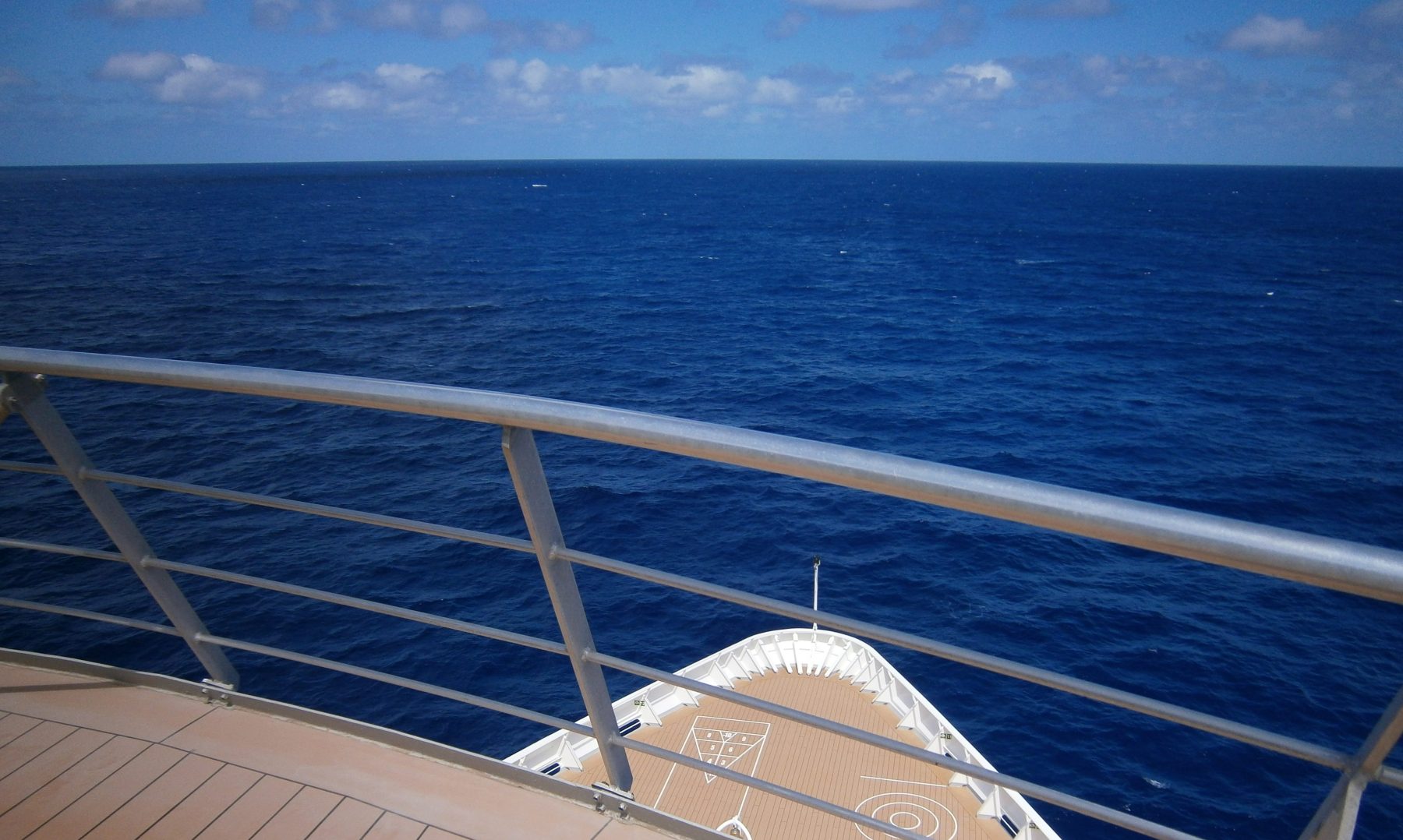 MUSICIANS GET THIS FREE 14 PAGE GUIDE!

everything you need to know about working on a cruise ship. 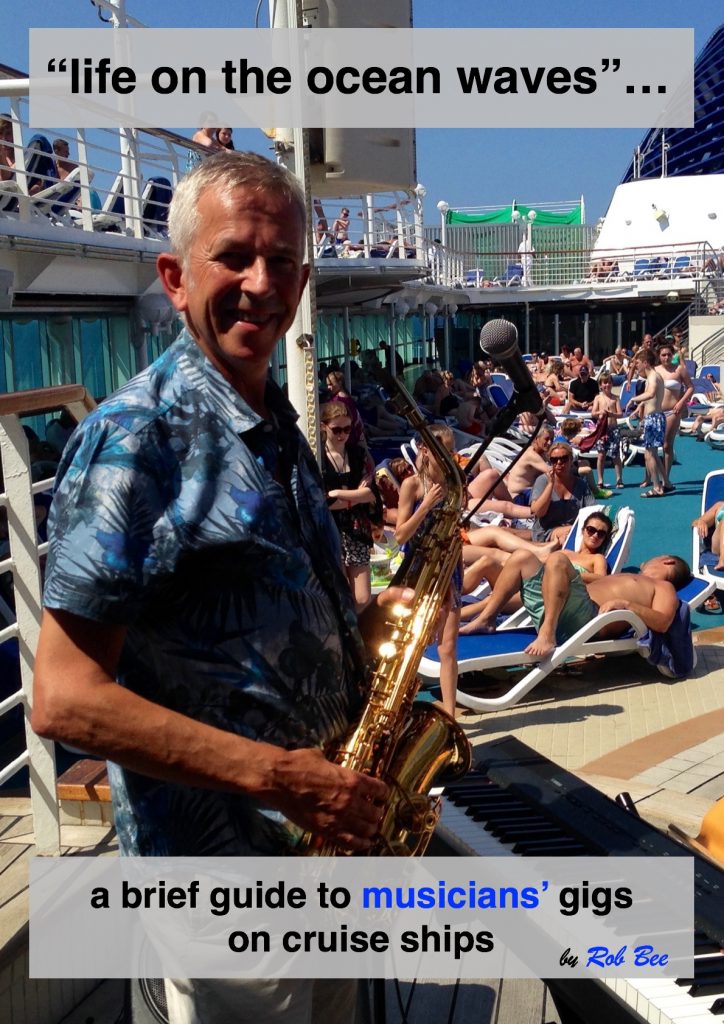 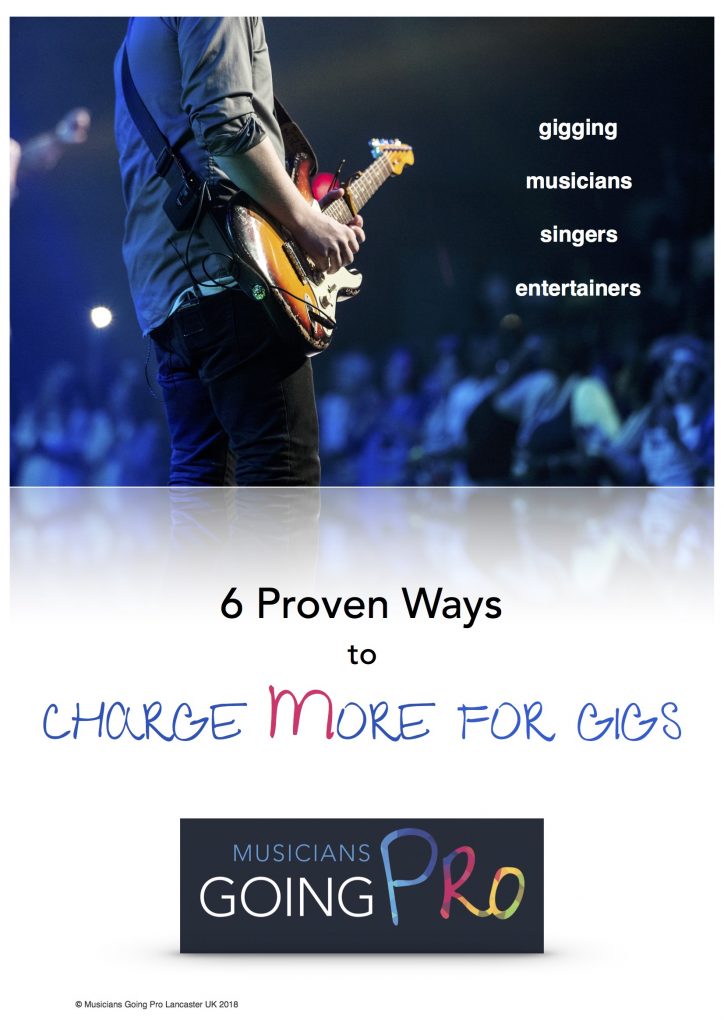 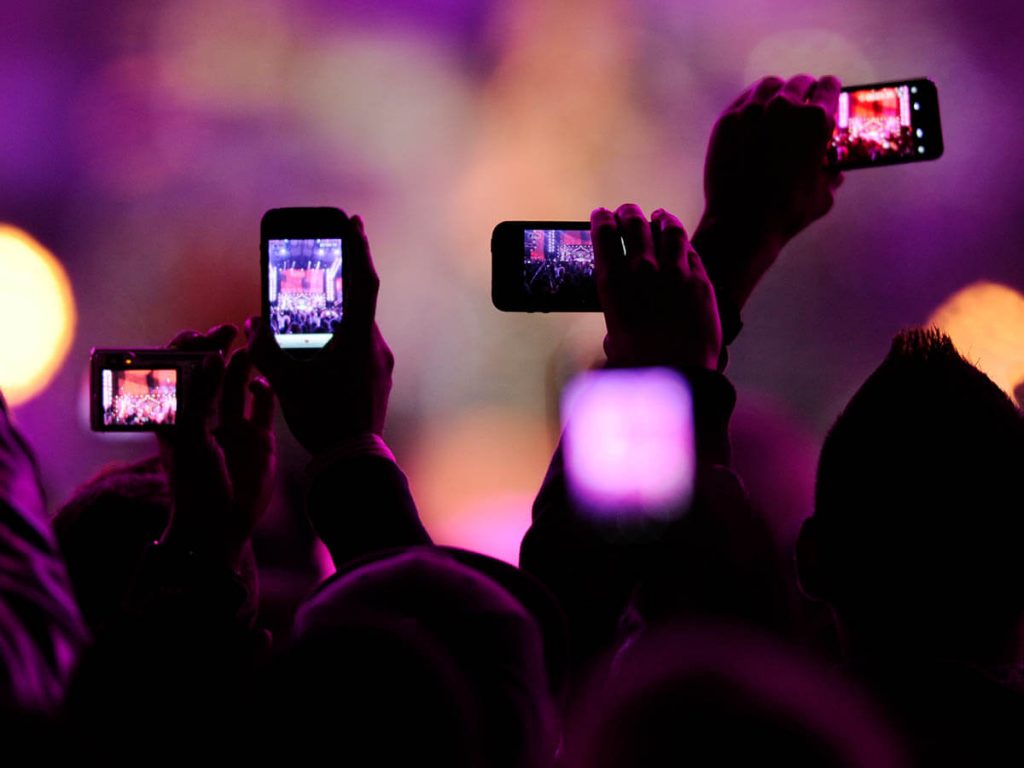 MARKETING FOR MUSICIANS the proven step-by-step system to get better gigs and earn more money! 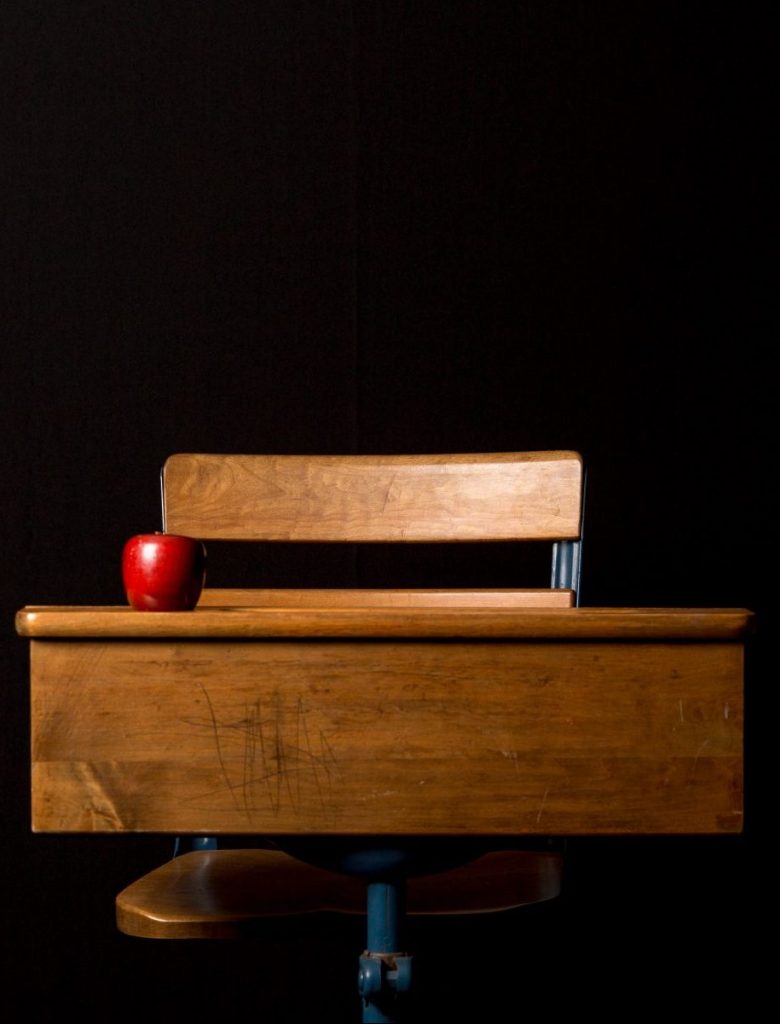